Baby Boomers and pot go together like apple pie and ice cream...Like ying & yang..Like Abbott & Costello..Like The Summer of  Love..Like the Woodstock Nation..Like Kerouac and Ginsberg & Neil Cassidy On The Road…
And of course Classic Rock!
Sex, Drugs & Rock n Roll….That’s the Baby Boomers mantra
That’s the mandate we grew UP and INTO age with from our parents house, to our college dorm, to the vast abyss ahead known as “Grown Up Life.”

The Boomer nation is a group of people who were born between the years 1945-1964.

We came of age during the turbulent 60’s where Everything and Anything of cultural, political, and  social importance took place.

Major happenings on every level of society WHERE and WHEN it counted. Upheaval, breakdown, discontent, CHANGE!  And within all of this drama there was Marijuana. or POT. Or Reefer, Weed, Mary Jane, call it what you will. It all identifies the same herbal narcotic, ancient in it’s origin, contemporary in it’s longevity, and a calling card for many of us young kids trying to grow up different from our “Madmen-esque” parents and our Fabulous Fifties heritage. Oh yea Mickey, and Marilyn, and Father Knows Best, Lucy, Doris & Rock , the hula hoop, Bozo the Clown, the pogo stick, and the ubiquitous beehive hairdo, just didn’t cut it anymore. We wanted more, and new, and anything our parents , AKA The Establishment hated! Like Marijuana.

A real happening time, unique to itself, making a permanent historical imprint! 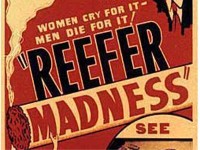 The Boomers were kids then, somewhere in the years spanning junior high, high, and college. And they were experimenting. And not in science class, but after school, with drugs. Usually the first and for many, the only one was marijuana commonly called “pot”. It was the drug our parents loved to hate. Commonly called the gateway drug, that would ruin our lives forever if not just plain kill us. The punishment boomer kids used to expect if caught with the dreaded pot, was brutal, incurring lasting effects. This was no joke for boomers who got caught with the killer drug.

Of course that stigma has persisted over the decades, until very recently when the lid has been taken off the marijuana mystique and renown doctors like Dr. Sanjay Gupta and Dr. Arnold Abrams, among many others, have exposed the research that discounts former fears and hysteria, and actually credits it as a medicinal natural herb, possessing healing effects if properly administered! We see also that legalization is occurring state by state as the government becomes more progressive in it’s views, and the propaganda has been exposed for the incendiary political and economical tool that has been employed for years.

Well this is certainly a major turn around that has taken decades!  Now for the Boomer generation, as they wind down from the responsibilities of child care, marriages, careers, and care taking, life altering responsibilities, they now have the time to indulge in things that they may have had to put off, in lieu of the important priorities associated with growing up.

Growing up IS hard to do. Word to the wise!

Now, with many of those concerns behind them, it looks like many boomers have rediscovered if they haven’t already been participating, in using pot in its varied forms, recreational AND medicinal. While pot as a drug is not new, many of the pot products available today in legal marijuana shops and medical facilities are innovative choices for the contemporary consumer. The boomer crowd needs a complete guide such as the one on this Marijuana-Country.com website, to clue them in to the many different pot based products and related information one can take advantage of. 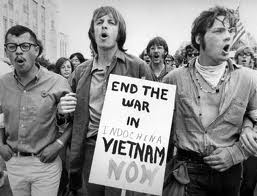 Back in the days of drugs, sex, and rock n roll, boomers were kids, experimenting with drugs,  getting through school, protesting the war, rebelling against the establishment, it was that kind of a time! Today it’s another time. For retirement, relaxing, travel, and not being held accountable to bosses and parents, the boomers are smoking pot the way they used to, but with a very different state of mind. Relaxing, a change from wine, sleep aide, pain reducer, medical issues of children, are all common usages today. Older and wiser, we can’t rewind the clock for everything, but for Pot, Yes We Can! Back in the day of youthful rebellion, pot was strictly used to get high, much like getting drunk. For some reason the theory, or hype was that pot was much more lethal than alcohol. Of course now we know better.

So for Boomers, it is full circle. We played with drugs as teens and college students. Rebellion, Rock, Escapism, and more! That was THEN.  This is NOW. For many of us, we  are revisiting the marijuana experience with the fervor of youth as we acknowledge, and revisit the facts vs fantasy that many of us grew up with. We paid our dues, met goals, challenges, raised kids, married, divorced, buried parents, became grandparents, and now if we choose we get to smoke a little weed, relax and enjoy the Next chapter!!